The 2020 General Assembly of the European Geosciences Union (EGU), originally scheduled for 4-8 May in Vienna, moved its meetings and interactions online due to the COVID-19 crisis, making the EU-funded HiSea project’s presentation and abstract available for consultation and queries online on the EGU GA website for the entire month of May.

“It was a crowded session. More than 170 people attended it, and questions were raised in the chat,” commented HiSea’s Anna Spinosa, of Deltares, one of the study’s co-authors, on the online video presentation held during the conference itself. 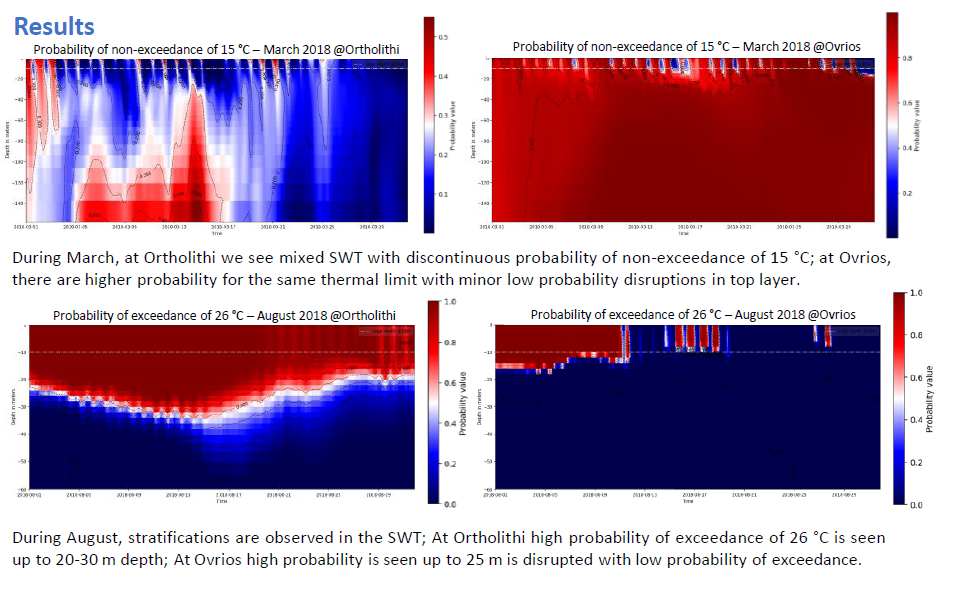 Though at present, the aquaculture sector still depends largely on “ad-hoc measurements of water quality without a forecast mechanism”, this no longer has to be the case, the HiSea research team said.

Water quality variables can be simulated and forecasted “well in advance” with the use of numerical modelling tools, now that ocean hydrodynamic and water quality data from various sources are available, such as Copernicus Marine Environmental Monitoring Service (CMEMS), atmospheric data from the European Centre for Medium-Range Weather Forecasts (ECMWF).

The importance of HiSea’s research for the future of aquaculture is clear. “During the past decades, aquaculture industry has developed rapidly and, due to a continuously growing market, a high demand for new installations, both near and off-shore, is already observed. Various studies show direct correlations between fish growth parameters and water quality variables, among which the most important are temperature, salinity and dissolved oxygen concentration.

Those variables can directly impact planning and farming operations such as location, height and depth of cages, stocking density, or fish feeding rate. Moreover, for a sustainable seafood production, necessary management practices should be in place aiming to reduce food waste and spread of diseases,” the research team noted. “The research could be replicated for other marine sectors where water quality variables are of paramount importance,” they added.

For the research, the HiSea team developed a new high-resolution coastal 3D hydrodynamic model aiming at describing the vertical gradients of temperature and salinity and their seasonal variations for southern Aegean Sea of Greece, using the Delft3D Flexible Mesh modelling tool, which allows for computationally economic grid development.

The investigation made use of an ensemble method for probabilistic prediction and uncertainty analysis for predicted seawater temperature, based on the thermal range of 15°-26° Celsius for sea bream species. It was carried out within the HiSea project’s hydroinformatics component, including computational intelligence, systems analysis, optimization and data science.

The EGU called its 2020 online GA a “great success”, noting, “A fantastic number of 26,219 individual users joined our 721 live text chats and posted 200,400 messages”.  Some 701 scientific sessions were held, with thousands of post-conference comments posted so far.

This site uses functional cookies and external scripts to improve your experience.

You can find out more about which cookies we are using or switch them off in settings.

This website uses cookies so that we can provide you with the best user experience possible. Cookie information is stored in your browser and performs functions such as recognising you when you return to our website and helping our team to understand which sections of the website you find most interesting and useful.

Strictly Necessary Cookie should be enabled at all times so that we can save your preferences for cookie settings.

If you disable this cookie, we will not be able to save your preferences. This means that every time you visit this website you will need to enable or disable cookies again.

NOTE: These settings will only apply to the browser and device you are currently using.